What is a bedroom? Legal requirements! 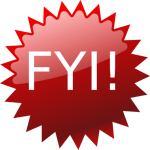 Does anyone who is not from the other side of the galaxy really need to ask, “What is a bedroom?” Actually, yes. Welcome to the nuances of real estate speak, where not everything is as it seems.

There are, in fact, a number of details that make a room a “bedroom”—and both home buyers and sellers had best know them to avoid misunderstandings.

“Since a home and/or bedroom can go through many incarnations over its life, sellers should be familiar with what makes a bedroom a legal bedroom prior to listing their home, to ensure there are no issues holding up the sale when a buyer has been secured,” says Carl Ekroth of Douglas Elliman in New York City.

Bedrooms are one of the most important selling features of a home, notes Mark Abdel, a real estate professional with Re/Max Advantage Plus in Minneapolis–St. Paul. So it’s no surprise that homeowners want to slap that label on as many rooms as possible.

“Sellers can usually set and get a higher price the more bedrooms a home has,” Abdel says.

Six features that define a bedroom

The laws vary by state, but here are six ways you can tell if your room is a bedroom rather than just a “room”:

Does a bedroom need a closet?

Contrary to popular belief, a bedroom does not have to have a closet to be considered official. (Your significant other might disagree, but legally, at least in most states, it does not.) Closets are expected in newer homes, but older ones might require a more creative approach to stowing your clothes.

So what can you call a room that doesn’t hit these requirements? Based on your state, you could get away with calling it an “office,” “nursery,” or the ultimate catch-all, “bonus room.” Because bedroom or not, just about any indication of extra space will make most buyers’ eyes light up.By Cathie Ericson