Will It Become Harder to Afford a Home? Experts Say Yes 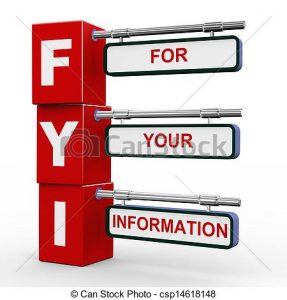 Despite a red-hot real estate market, most aspiring buyers can still afford to buy a home—if they can find one. But it may not be that way for much longer.
Households bringing in at least $68,000 a year, the national median, could afford about 59.6% of all newly constructed and existing (previously lived in) homes sold in the fourth quarter of 2017, according to a recent National Association of Home Builders report. But that doesn’t take into account the most expensive coastal markets such as San Francisco and New York City, where buyers need six-figure salaries for even the smallest and oldest of residences.
The quarterly report looked at three figures: home prices, mortgage interest rates, and the median household income, across the nation and in 238 metropolitan markets. It did not take into consideration down payments, and the struggle that many would-be buyers face accumulating a lump sum to pay upfront.
Related Articles
Rent or Buy? 10 Places Where You’ll Get the Most Bang for Your Buck
Tired of Big-City Squeeze? Score a Bargain in America’s 10 Cheapest Housing Markets
Which Generation Is Struggling the Most to Buy a Home? (It’s Not Millennials)
“Buyers should be prepared,” says the association’s chief economist, Robert Dietz. “It’s going to be more expensive to afford a house over the course of 2018. … Interest rates went up a little bit, and home prices went up as well.”
Thank the lack of homes on the market, and of construction to build new ones, for the price bumps. The lack of inventory has led to bidding wars, offers over asking, and a whole lot of frustration.
Buyers have more peace of mind in Syracuse, NY, and Youngstown, OH, which tied for the most affordable major housing markets. In focusing on individual markets, the report used local median figures for household income and home price.
About 88.3% of homes sold were affordable to folks earning the areas’ respective median incomes of $54,600 and $68,000. These areas have struggled as manufacturing jobs, and then residents, have left in recent decades.
The rest of the most affordable markets were Indianapolis; Scranton, PA; and Columbia, SC.
Cumberland, MD, was named the most affordable smaller market in the country. Residents bringing home the area’s median income of $53,900 could afford about 96.9% of homes sold.
There were even several abodes under $20,000 for sale—including a three-bed, two-bath, single-family house going for $17,900.
The least affordable metros were all in California, with San Francisco topping the list. No surprise there as the median home list price in the city limits is a jaw-dropping $1,200,000, according to realtor.com® data. It was followed by Los Angeles, Anaheim, San Jose, and Santa Rosa.

BY:Clare Trapasso is the senior news editor of realtor.com and an adjunct journalism professor. She previously wrote for a Financial Times publication and the New York Daily News.